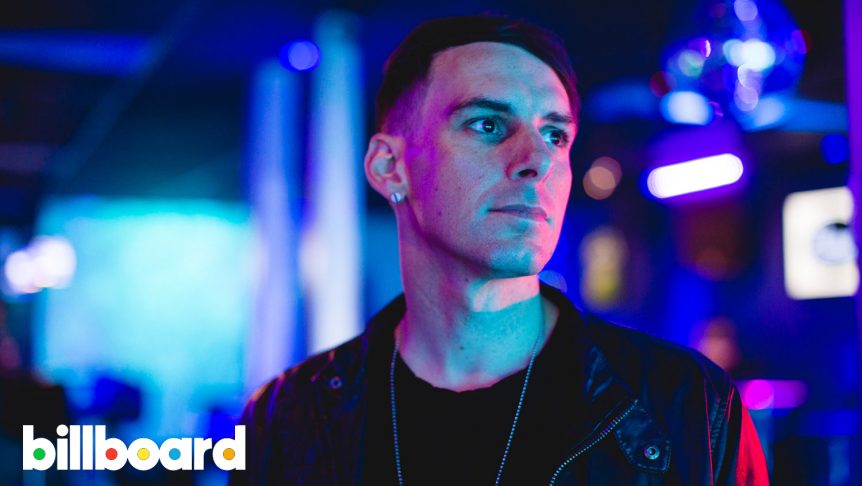 Coming out can be a difficult, confusing process — particularly when you’re in a heterosexual marriage with children and only just admitted to yourself that you’re gay. In 2016, Trey Pearson was dealing with all of that in addition to something most newly-out people don’t have to tackle: A boycott. As a musician who made his name with the Christian rock band Everyday Sunday, Pearson was slated to play the Christian music festival Joshua Fest in September 2016 until 11 members of the production team threatened to walk if he was permitted to perform.

Joshua Fest ended up removing Pearson from the lineup, and Pearson (unlike the people who forgot about “judge not lest ye not be judged” when they threatened to boycott) maintains a generous attitude toward the decision as he looks back on it. “I was blown away they were asking me to come perform as an openly gay person in the first place,” Pearson tells Billboard. “I feel bad [the fest organizers] got put in the position they did. Their hearts were in the right place.”

These days, just over a year after coming out publicly, Pearson is in “a great place,” making appearances at open-minded churches — such as the one depicted in his “Silver Horizon” video — and performing at Pride celebrations, including a gig with Betty Who at Columbus, Ohio Pride on Friday (June 16).

As he prepares to release Love Is Love, his first EP as a solo artist, Pearson spoke with Billboard to reflect on his first year as an out gay man and what it’s like to be a lifelong follower of Jesus (Pearson read the full Bible six times as a teenager) who’s not afraid to call out the “toxic” culture of evangelical Christianity that has “destroyed lives and ruined families.” Here’s what he had to say.

Yeah. Especially in the LGBTQ community, once you get to this place where you can be honest — when so many of us come from suppressed environments, where we felt for whatever reason we couldn’t be okay — once you get to that place, there’s nothing else to feel like you need to hide. When you get to that level of authenticity, where you face the biggest thing you were scared to face in your entire life, it doesn’t feel like there’s anything to shy away from talking about. You can’t believe how freeing of a feeling it is. And I’m realizing the importance of telling my story, to see thousands of messages that have come to me on social media, people telling me how my story helped them through their journey. It’s not just about being authentic for myself but for others. And I realize how many people did that before me to help me get to a place where I felt it was okay to be who I was. I’m eternally grateful for that and feel like it’s my turn to hopefully do that for other people. I’m an open book at this point.

In terms of you coming out, was there anyone who inspired you?

People like Ellen [DeGeneres], especially her, had a huge impact on my life. To see her be the epitome of kindness and what it means to love your neighbor and be so comfortable in her skin as a gay person, it’s made me want to be that kind of person.

Also when Troye Sivan was putting out his trilogy of videos with “Wild,” I thanked him at the GLAAD Awards for being so bold and authentic as a young person. It had an effect on me. It sounds weird to say because he’s younger than me, but he’s been a role model for me to be the artist I want to be. And of course Elton John and George Michael, artists who came to places where they wore their truths out loud.

Do you still consider yourself a Christian?

Yeah. I consider myself a Christian. I have my frustrations with the church — a lot of the church does so much damage to so many people. There’s a Franciscan priest I look up to, Richard Rohr, who talks about Paul on the Damascus road realizing that in the name of religion he’d become a murderer. Paul is an image showing how religion can be the best thing in the world and the worst thing. That’s had such an effect on me. That which makes us holy can also make us evil. Religion can be this beautiful thing that feeds the poor, cares about the marginalized and stands up to injustice and is a powerful force of love, and it can also be a toxic thing that destroys lives. And unfortunately it’s been too much of that. In the LGBTQ community it’s taken too many lives, destroyed lives and ruined families. But I still find myself drawn to Jesus. The main message of Jesus is to love your neighbor as yourself. When we get hung up on other stuff, it’s easy to have bad theology that can ruin lives. Especially in evangelical culture, there’s too many Christian churches that are more interested in worshipping the Bible as something that it isn’t rather than worshipping Jesus.

It can still be beautiful to me when we remember what it’s about. I’m actively vocal on how much oppression the institution of the church does to the LGBT community.

I’m gonna caveat this by saying that obviously most Christians have no problem selectively ignoring parts of the Bible, but even so, what do you think about the verse in Leviticus that says a man lying with another man is an “abomination”? What’s your theological take on that?

That’s my point about not worshiping the Bible. When people wrote about Jesus and things they saw, he wasn’t asking people to follow him by putting their faith in a future collection of books that would be put together hundreds of years later and deemed infallible and deemed inerrant [Ed. note: The Bible is believed to have been canonized in the fourth century]. That’s silly and sad. Christians have used that to do so much damage in the world, whether through crusades or to justify slavery or to mistreat women. All the bad issues in religion have come from idolizing the Bible.

If you look at the message of Jesus, it’s different from the Old Testament. “An eye for an eye,” Jesus contradicts that. For me, the Bible is a progressive arc of a collection of books of thousands of years of people writing about their experience in particular times and places. I don’t think God wrote every word of the Bible. And Jesus didn’t ask me to put my faith in the Bible — he asked me to follow him and love my neighbor and stop judging people. I’m way more interested in the message of Jesus than the infallible Bible.

There are times in the Old Testament where we see people destroy women and children in the name of God, and God probably didn’t want anything to do with those things. When people start throwing Levitical laws at me about man lying with man I just think, well, do you follow every part of Levitical law? Of course you don’t because that would be ridiculous and wouldn’t make any sense. At the end of the day, there’s a mystery to why we’re here and I love the idea of trusting Jesus and following him. But we’re also on a ball spinning in space, and ultimately that’s why they call it faith and I like putting my hope in that. And I think God is a God of love. Would a loving God condemn loving relationships or send those people to burn forever in hell? I don’t think so.

Your song “Silver Horizon” came out recently and you have an EP in the works. The song isn’t a total departure from Everyday Sunday, but it is a different sound. How do you see your solo career as different from the band?

I think the biggest thing is just representation of this new beginning in my life and career. I started Everyday Sunday when I was 16 years old. Starting over as a solo artist is me starting over in so many ways…. Doing Everyday Sunday, there were a lot of preconceived ideas of it as a Christian band or Christian music. As I get older, I don’t think “Christian” makes a very good adjective. “That’s a Christian restaurant.” What does that even mean? There’s an expectation of what you write about and that takes away authenticity. Within Christian music it was like it wasn’t okay to talk about doubts or struggles. There’s closeted gay artists or people who go through divorces who try to hide it, so Christian music can have this lack of authenticity. To be able to let go of those expectations, I’ve had more to write about than ever. I can tap into a part of me I’ve had to suppress my entire life. I’m the most confident of who I’ve been as a person. It feels good to be free of limits and expectations and be me.

Is Everyday Sunday on hiatus or done?

I think it’s sort of somewhat retired. I started it when I was 16, it’s been my baby, I own Everyday Sunday and I’m ready to say it was a beautiful time and I’m ready for that to be done. This is me starting over as Trey Pearson. To think about how far I’ve come since Wake Up! Wake Up!… I still think it’s a great album and maybe we’ll do a reunion show and get some of the old guys together, but in terms of new music it’s definitely me as a solo artist.

When you were writing songs for those Everyday Sunday albums, were you out to yourself in any way?

No, definitely not. I was not able to admit to myself I was gay until a little over a year and a half ago, shortly before I came out to my family. Yeah. I knew deep down I had attractions, but… I could hardly even… you compartmentalize. You’re ashamed by it, you think you can make it better, you think it’s just attractions, like it’s a temptation or something. So I tried to pretend it wasn’t there and compartmentalize and that lead to an unhealthy mental state. When I talk about systemic oppression the church has had on so many LGBT lives, it’s brainwashing really, maybe not even intentional. These people think they’re doing the will of God by oppressing a group of people and destroying lives. It’s a form of brainwashing, being made to believe I could be something I couldn’t. I didn’t know what it was like to be in love. I struggled with why I failed at who I was and why I couldn’t be the man I was supposed to be. I was not in a place where I was able to be honest with myself, let alone anyone else, until about a year and a half ago.

And now you’re helping people with their own identity.

I can’t tell you how many people have reached out because they’d grown up being taught they should be something they couldn’t. It’s given me a passion to be vocal about who I am and why God loves you. I want to see that change in our church and our culture for our grandkids.