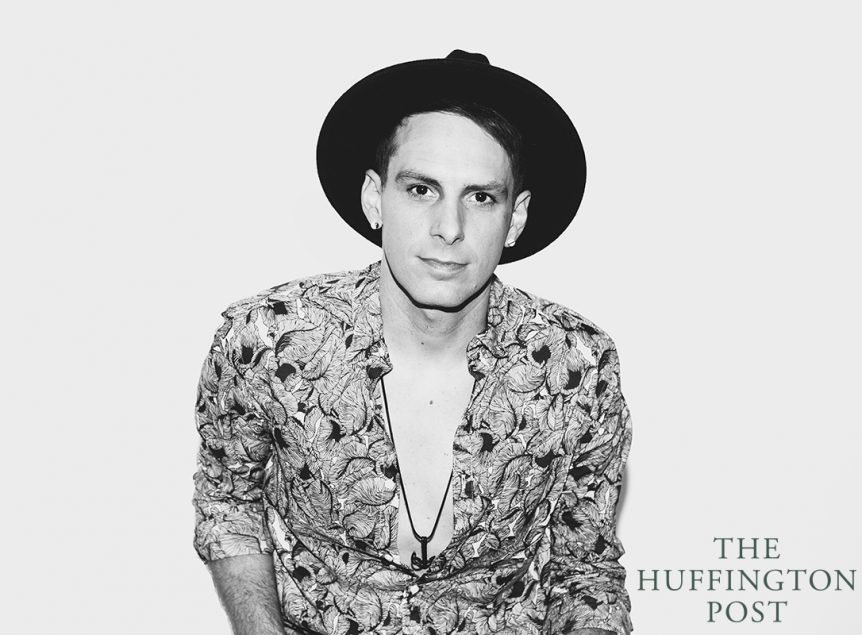 It’s easy to spot the parallels in the new music video for Trey Pearson’s “Silver Horizon” and the singer-songwriter’s journey over the past year.

In the clip, which can be viewed above, Pearson watches from the pews as a young gay man sings and dances energetically before a church congregation. After the man’s performance concludes, he shares a tender kiss with another man in the sanctuary as the crowd of parishioners breaks into applause.

Released April 3, “Silver Horizon” marks Pearson’s debut as a solo artist after 20 years as the lead singer of the Christian rock band Everyday Sunday. It’s also his first musical effort since coming out as gay in an open letter he wrote to fans in the June 2016 issue of (614) Magazine. Coming to terms with his sexuality, he said, has left him feeling more “liberated,” and hence artistically inspired, than ever before.

“When you have this major part of your life that you’ve tried to hold down, suppress and ignore… it feels like a valve has popped open,” the 36-year-old told The Huffington Post. “I feel a lot of freedom to express myself and what I’m going through. Honestly, I’ve written more songs in this past year than ever before. I just feel like I’ve had so much to write about.”

To direct “Silver Horizon,” Pearson tapped Stephen Cone, whose 2015 movie, “Henry Gamble’s Birthday Party,” was a coming-of-age tale about an evangelical preacher’s gay teen son struggling with his sexuality. It was a narrative that Pearson said he instantly related to.

Though the Ohio native came out to his friends and family members months before the (614) Magazine article was published, he said the path to acceptance has been “difficult.” Pearson and his wife, Lauren, separated in the wake of his announcement, but continue to share parenting responsibilities of their two young children. In September, Pearson and his band were axed from the lineup of California’s Joshua Fest, a “family friendly” Christian music festival, after 11 members of the event’s production team threatened to walk out if he performed.

“It’s crazy that anybody would try to shame you for being your most authentic, best self,” Pearson, who had been “excited and honored” to be the festival’s first openly gay headliner, said of the experience. At the last minute, however, he was invited to join the members of Five Iron Frenzy, a ska-punk band, for their encore ― a move he described as “really encouraging.”

“I have a major problem with people using ‘Christian’ to describe anything but a person. It makes a great noun and a horrible adjective. I don’t think bands, artists, movies or restaurants can be ‘Christian.’ A person is a Christian.”

Naming Bleachers and The 1975 as influences, Pearson said “Silver Horizon” is just the first of many projects in the works, including two EPs and a full-length solo album. Describing his sound as “progressive pop,” he shrugged off the suggestion that his faith will be less reflected in his music now that he’s come out. “I have a major problem with people using ‘Christian’ to describe anything but a person. It makes a great noun and a horrible adjective,” he said. “I don’t think bands, artists, movies or restaurants can be ‘Christian.’ A person is a Christian.”

Ultimately, Pearson would like “Silver Horizon” to “bring hope to people who’ve felt that it wasn’t OK to be themselves.” He added that he’s “thought a lot about how much I wish, when I was younger, there would’ve been somebody that I looked up to,” and would like to his work to inspire other young LGBTQ people. “I hope people smile as much when they see [the video] as I do,” he said. “Hopefully, it can help change people’s hearts on how they view same-sex relationships.”