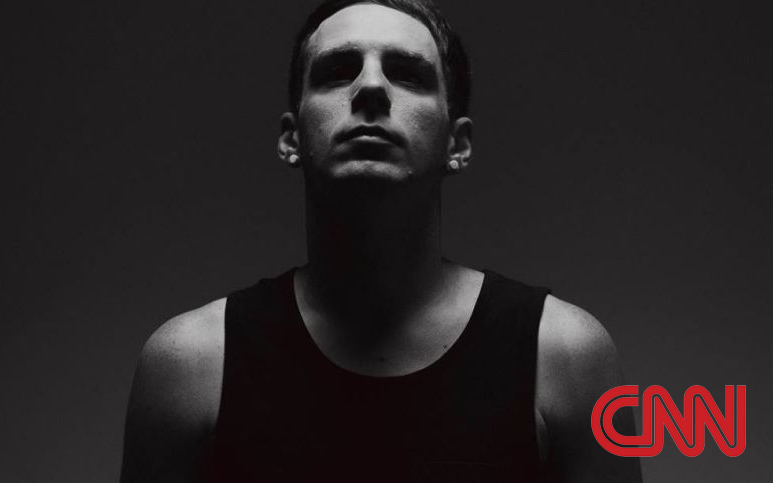 Trey Pearson, the lead singer of the Christian rock band Everyday Sunday, came out to his fans in an emotional letter this week after spending his “whole life” trying to be “straight.”

“Most of us reach at least one pivotal moment in our lives that better defines who we are. These last several months have been the hardest — but also have ended up being the most freeing months — of my life,” Pearson wrote Tuesday. “To make an extremely long story short, I have come to be able to admit to myself, and to my family, that I am gay.”

In a phone interview with CNN Friday, Pearson said that he has been receiving an “overwhelmingly positive response from fans” around the world since coming out. He also said that his wife Lauren’s support is “the thing that set me free.”

“It’s been amazing to see how many people it’s already been able to have an impact on,” Pearson said, “and how important it was to tell my story in a way that hopefully, Lauren and my kids are super proud of me for.”

As a Christian voter, Pearson weighed in on LGBT rights and 2016 politics and said that the word “evangelical” has become a political term that has been “stolen” by a group of people “to push a certain agenda.”

Referencing anti-LGBT and immigrant rhetoric that he heard during the campaign, Pearson said, “To me, that doesn’t have anything to do with being a follower of Christ or calling yourself a Christian. I’m into the politics of Jesus — any politics that have to do with standing up for the oppressed.”

Pearson said that while he is not into labels and would consider voting for candidates from either side of the aisle, he was disappointed by the rhetoric coming from Republicans like Donald Trump.

“On the GOP side, there’s a lot of things that don’t line up with Jesus,” Pearson said, adding, “If you’re into the politics of Jesus, I don’t know how you could even justify being into the kinds of things that Donald Trump would say as a bigot.”

Trump is expected to meet with evangelical leaders in New York City on June 21.

Pearson said that he doesn’t know if Trump actually believes the things he says about women or immigrants and is not against him as a person, but as “the leader of the free world.”

“He’s a mean person sometimes,” Pearson said. “Just his lack of compassion for the poor, for the immigrants … I have no idea as a Christian how you can support anybody like that.”

The Christian rocker, who is an Ohio native, said that he “didn’t mind” former White House candidate Ohio Gov. John Kasich and would like to see him speak out more on LGBT rights.

“I know that a week or two after gay marriage was legalized, he attended a same sex wedding,” Pearson said, adding that while no politician is perfect, Kasich “cares about being kind, he cares about loving people.”

And now that Donald Trump has secured the Republican nomination, Pearson said he would be happy with either Hillary Clinton or Bernie Sanders taking on the billionaire business mogul. “Whatever it takes to beat Donald Trump,” he said.