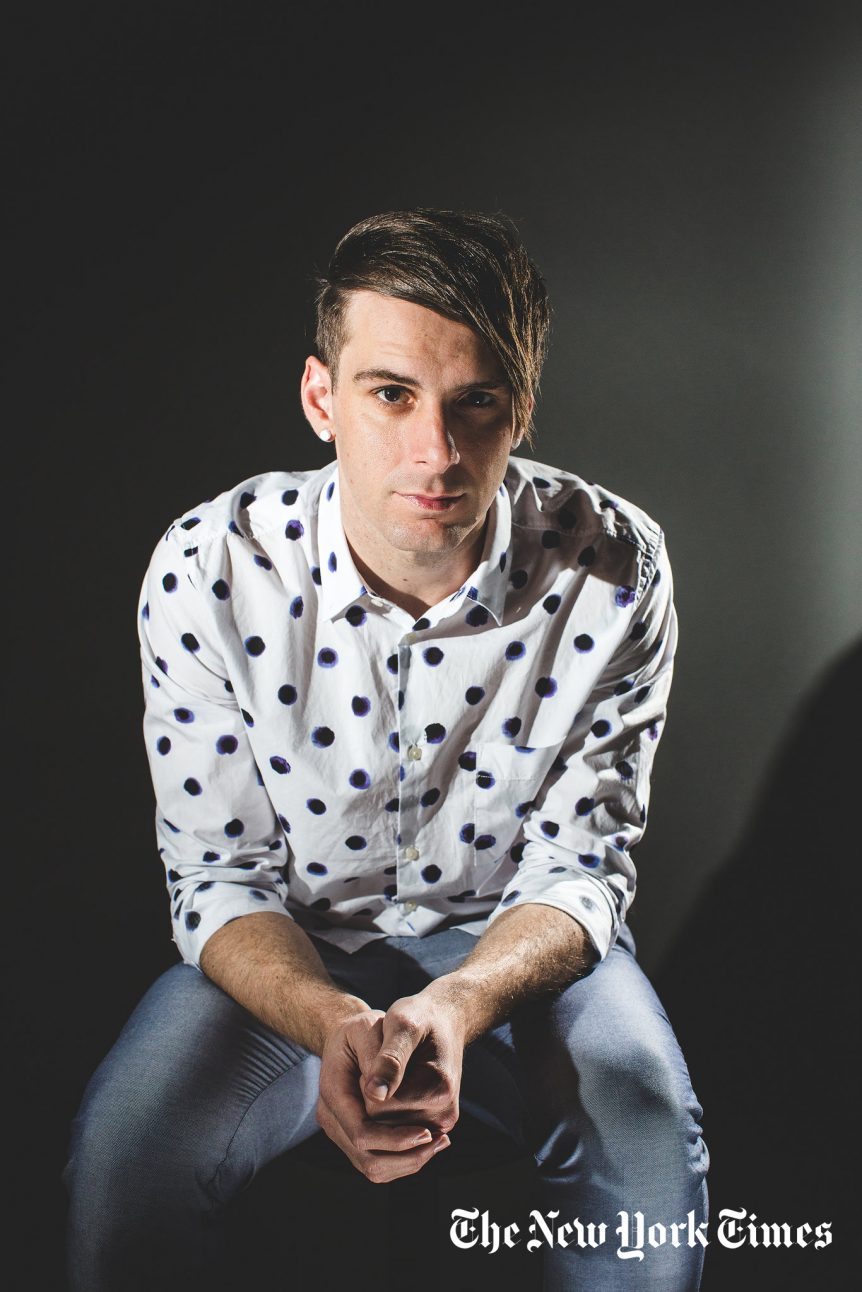 The lead singer of the popular Christian rock band Everyday Sunday, Trey Pearson, came out as gay on Tuesday in an open letter to his fans, ending a yearslong personal struggle between faith and sexuality and joining a flock of Christian musicians who have come out as gay or lesbian in recent years.

Mr. Pearson, 35, has enjoyed a successful career in Christian rock with Everyday Sunday, whose 2009 album “Best Night of Our Lives” reached No. 15 on Billboard’s Christian albums chart and No. 187 on the Billboard 200. The band also produced 20 top-ten singles on the Christian rock charts. He said he has toured in 50 states and 20 countries.

He also spent two decades trying to make himself straight, he said.

His letter, published in (614) Columbus, an arts and culture magazine in his hometown, Columbus, Ohio, detailed the long process of accepting his sexuality and reconciling it with his Christian faith. In the end, he said, it was his growth as a Christian that helped propel his coming out.

“Most of us reach at least one pivotal moment in our lives that better defines who we are,” Mr. Pearson wrote. “These last several months have been the hardest —but also have ended up being the most freeing months — of my life. To make an extremely long story short, I have come to be able to admit to myself, and to my family, that I am gay.”

Mr. Pearson said in an interview that he was raised in a “super-Christian” home where he was taught that “you can choose to be straight.” He spent years trying to make that happen, even marrying a woman and fathering two children. “I had never done anything with a girl when I got married, and I thought it would just magically work,” he said.

Finally he concluded that he could not make himself straight, he said, and that God would love him as he was.

“I got to this place where it clicked pretty hard with me that I was not able to be what Lauren, my wife, needed me to be as her husband,” he said. “I was faced with a decision at that point: if I was going to try to keep burying it down and blaming it on other things, or if I was going to admit to myself and her that I was gay.”

He and his wife have separated but share in parenting their children, and they continue to be close, he said. “It’s been a really difficult journey to get this point,” he said. “But I feel like I’ve been set free.”

To my fans and friends: I’m finally being honest with myself. I love you all. https://t.co/bfP5CXpuCx pic.twitter.com/0EmwHiljrz

Mr. Pearson’s journey echoes the stories of other popular Christian musicians who have come out, including Vicky Beeching and Ray Boltz. For many, coming out meant criticism from conservative fans and a decline in their careers.

Ms. Beeching said she was happy for Mr. Pearson. But her career ended when she came out, she said, and she has not played a concert since.

“Last month I finally made the big decision to sell all of my guitars, which was an emotional moment,” she wrote in an email. “It’s not a viable livelihood for me now that I’m ‘out,’ and it’s been a tough road to walk.”

Eliel Cruz, the executive director of Faith in America, a religious organization for lesbian, gay, bisexual and transgender people, said that each time a Christian musician came out, fans struggled to reconcile their spiritual enjoyment of the music with conservative teachings on homosexuality.

“Will fans recognize that perhaps L.G.B.T. Christians can bring spiritual gifts to the church, as Pearson has from the closet for all these years?” he said.

Mr. Pearson said the response to his announcement had been positive so far, including from fans and other Christian artists, including the bands Switchfoot and Jars of Clay. He said any hate or criticism “looks so minute right now.”

But he had not heard from “the gate holders” of Christian rock, like executives at record labels and radio stations, he said. It is yet to be seen whether he will face the same blowback as other gay Christian artists.

But he said he was not worried. He began producing his own records as an independent artist several years ago, a venture he said had been lucrative. And the support he has gotten from fans and other artists made him hopeful that the subculture of Christian rock was changing, he said.

But finding acceptance from his family has also been a challenge. They are trying to understand, but “where they are in their faith” has made that difficult, he said.

“When you have committed your life to the belief that God hates homosexuality and all of a sudden your son is gay, there is a strain,” he added. “You’ve always loved him and been proud of him and wanted him to fall in love, but now it conflicts with all this theology in your head. But it is changing in our country and I would like to see that change in my family and my church.”